The Tierre Agricultural Company recovers the ancient and precious production of the Villa Cavalletti of wine and oil, choosing to offer only high quality, also integrating the biological methodology. A visit to the estate is a suggestive leap in the tradition of the ancient Romans first and then the Renaissance, of the refuge in the Castelli Romani healthy, welcoming and elegant away from the chaos and pollution of the city where you can appreciate the food and wine delicacies.

Villa Cavalletti stands on a large hill overlooking the 360 ​​° panoramic valley over the Castelli Romani and Rome, enjoying a prominent and suggestive position. The site is very rich in history, occasional excavations were already carried out in the sixteenth century and those carried out since 1902 have revealed a prehistoric necropolis from which various bell-shaped cinerary urns come from, now preserved in the Pigorini Museum in Rome.

A visit to the organic farm at Villa Cavalletti is an evocative leap into the tradition of the ancient Romans first and then of the Renaissance, of the healthy, welcoming and elegant refuge in the Castelli Romani outside the chaos and pollution of the city where you can enjoy food and wine delicacies. The farm loves nature, each process is carried out without chemicals, only natural and compatible with the health of our precious land and its inhabitants. The primary objective is to offer quality, healthy and healthy products while respecting the environment.

The Villa Cavalletti vineyard extends for 6 hectares, starting from 2014 a restoration work has been carried out on the historic Jesuit vineyard and a replanting of carefully selected varieties and clones for the very particular terroir of Villa Cavalletti. The site is of prehistoric interest, when in 1902 the Marquis Cavalletti created the vineyard, a Neolithic site of extraordinary importance was found whose collection is now exhibited at the Pigorini Museum in Rome. Villa Cavalletti is the promoter of the Vulcanica project, aimed at creating four farms dedicated to the four important lava flows present in the area. The management of the soil is carried out in compliance with the Organic method and is operated exclusively by mechanical means, the nutrition takes place by means of green manuring of legumes sown in autumn and chopped in spring. The training method is guyot and spurred cordon 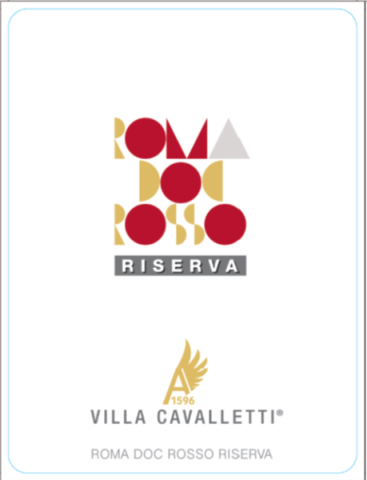 Manage Cookie consent
To provide the best experiences, we use technologies such as cookies to store and/or access device information. Consenting to these technologies will allow us to process data such as browsing behavior or unique IDs on this site. Not consenting or withdrawing consent may adversely affect certain features and functions.
Manage options Manage services Manage vendors Read more about these purposes
Display preferences
{title} {title} {title}